43-year-old Natalie Wood was a successful actress, known for her roles in West Side Story and Rebel Without a Cause. Wood was married to the actor Robert Wagner at the time of her death. The two had a long-term, tempestuous relationship, having divorced in 1957 and remarried in 1972.

The Case
On the morning of November 28, 1981, Wood’s body was found floating in a Catalina Island cove. The night before Wood had been on a nearby yacht with her husband, Robert Wagner, and their friend, actor Christopher Walken.

Theories
In the aftermath of her death, authorities concluded that Wood had gone at night to take a dinghy to the dock, and simply slipped into the water. However, Wood and Wagner were seen fighting the night she disappeared, possibly about her closeness to Walken. Wood also had a lifelong fear of water, making the idea of her taking a small boat alone, as Wagner contended, difficult to believe. The boat’s captain, Dennis Davern wrote in a 2010 book that he believed Wagner was responsible for Wood’s death, and that Wagner didn’t search diligently for Wood when she was missing.

Where the Case Stands Today
For 30 years, Wood was classified as a victim of accidental drowning. However, Wood’s case was reopened by the LAPD in November 2011. Davern now says he lied to investigators during the original investigation. Police have currently said that neither Walken nor Wagner is a suspect in their new investigation.

Monroe, born Norma Jeane Mortenson, was a famous actress, known for her roles in movies such as Some Like It Hot and for her relationships with powerful men of the day, from Arthur Miller to Joe DiMaggio to JFK.

The Case
On August 4, 1962, the 36-year-old Monroe died in her Brentwood home. Her housekeeper and psychiatrist discovered Monroe naked in bed with an empty bottle of sleeping pills nearby.

Theories
Before her death, Monroe had been hospitalized for psychiatric problems and was receiving long-term psychiatric care. Her death was ruled a probable suicide. But many believe Monroe was murdered, possibly to make sure she wouldn’t talk about her liaisons with both JFK and his brother Robert. Although Monroe’s affair with JFK had been talked about in Hollywood for some time, her birthday serenade of the President in April 1962 made more people aware of the connection.

Where the Case Stands Today
Although rumors and speculation continue, there is no more definitive answer now about Monroe’s death than in the 1960s. 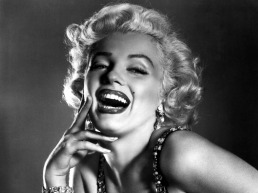 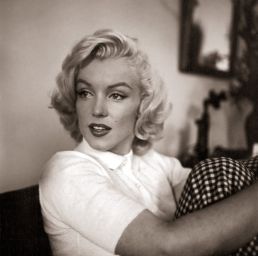 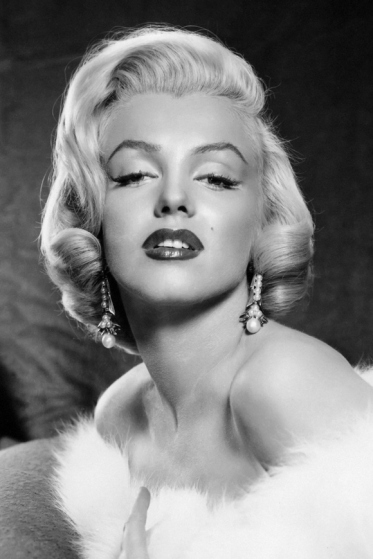 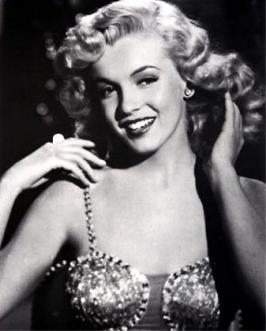 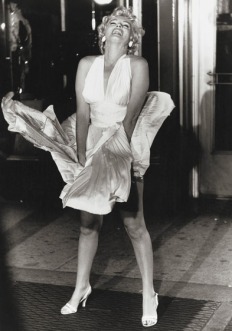 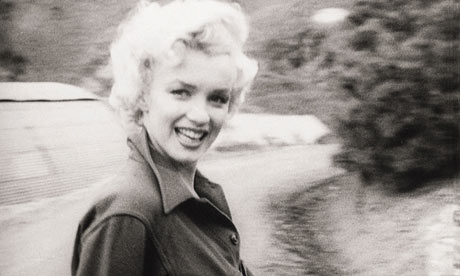 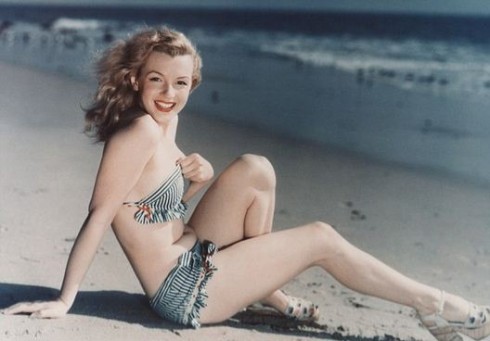 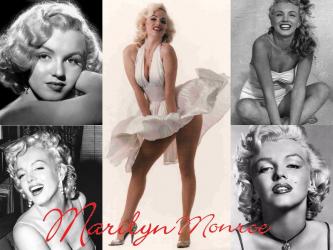 For more on Marilyn including Pictures and Mini Biography:

Her mother was a film-cutter at RKO Studios who, widowed and mentally ill, abandoned her to sequence of foster homes. She was almost smothered to death at two, nearly raped at six. At nine the LA Orphans’ Home paid her a nickel a month for kitchen work while taking back a penny every Sunday for church. At sixteen she worked in an aircraft plant and married a man she called Daddy; he went into the military, she modeled, they divorced in 1946. She owned 200 books (including Tolstoy, Whitman, Milton), listened to Beethoven records, studied acting at the Actors’ lab in Hollywood, and took literature courses at UCLA downtown. 20th Century Fox gave her a contract but let it lapse a year later. In 1948, Columbia gave her a six-month contract, turned her over to coach Natasha Lytess and featured her in the B movie Ladies of the Chorus (1948) in which she sang two numbers. Joseph L. Mankiewicz saw her in a small part in The Asphalt Jungle (1950) and put her in All About Eve (1950), resulting in 20th Century re-signing her to a seven-year contract. Niagara (1953) and Gentlemen Prefer Blondes (1953) launched her as a sex symbol superstar. When she went to a supper honoring her The Seven Year Itch (1955) she arrived in a red chiffon gown borrowed from the studio (she had never owned a gown). The same year she married and divorced baseball great ‘Joe Dimaggio’ (their wedding night was spent in Paso Robles, CA). After The Seven Year Itch (1955), she wanted serious acting to replace the sexpot image and went to New York’s Actors Studio. She worked with director Lee Strasberg and also underwent psychoanalysis to learn more about herself. Critics praised her transformation in Bus Stop (1956) and the press was stunned by her marriage to playwright Arthur Miller. True to form, she had no veil to match her beige wedding dress so she dyed one in coffee; he wore one of the two suits he owned. They went to England that fall where she made The Prince and the Showgirl (1957) with Laurence Olivier, fighting with him and falling further prey to alcohol and pills. Two miscarriages and gynecological surgery followed. So did an affair with Yves Montand. Work on her last picture The Misfits (1961), written for her by departing husband Miller was interrupted by exhaustion. She was dropped from the unfinished Something’s Got to Give (1962) due to chronic lateness and drug dependency. Four months later she was found dead in her Brentwood home of a drug overdose, adjudged “probable suicide“. 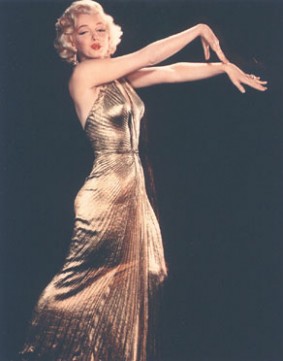 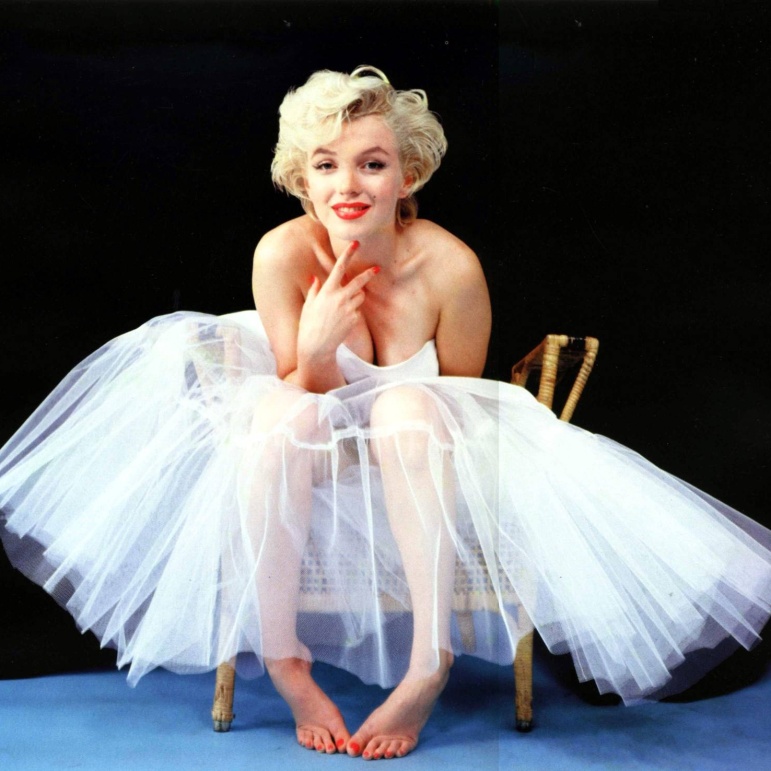 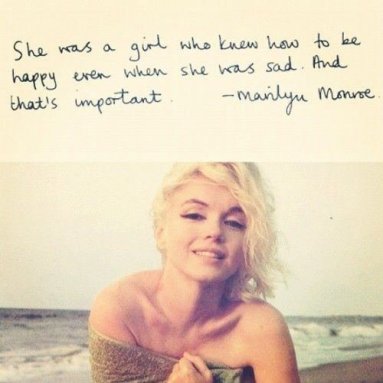 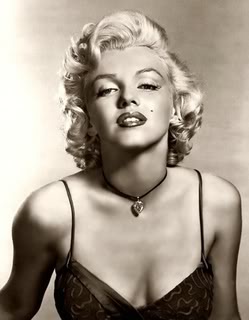